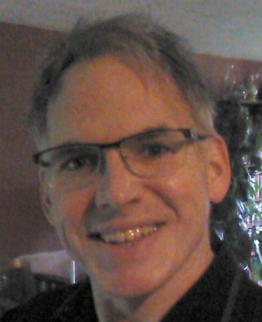 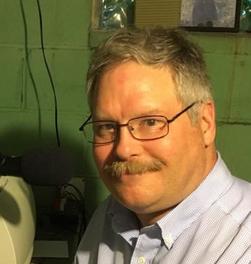 Ken Hawk is the founder, owner, president and general manager of saxonburgradio.com.  His newscasts are heard every half hour beginning at 5:30 every weekday morning with Tracy Ambrose.

A native of Detroit, Ken was raised in the fabled Alle-Kiski Valley in western Pennsylvania.  He began his career at the former WACB (now WTYM) in Kittanning back in 1988 while a communications major at Indiana University of Pennsylvania.  Since then, he worked in the Pittsburgh, Toledo, and Detroit radio markets until he began building saxonburgradio.com in 2013.

When he's away from the station (which isn't often!), Ken enjoys wine tasting and touring, traveling, reading, bicycling, consulting other radio stations, and spending time with his wife Margie, and their daughter, Savannah.  He and his family live in Sarver.

The John and Heidi Show wakes you up weekdays on Saxonburgradio.com!  John and Heidi Small have been married for more than two decades, and bring their life off the mic onto the mic, which makes for some pretty interesting conversation!

Whether it's weird news, fake news, good news, or whatever, John and Heidi know it takes to get you started and on your way everyday!  There's features like the "Dear John" letter, "This is Your Brain on Drugs", and "Tuesdays with Charlie", when Heidi's dad pops in with fun facts that in John's words, sometimes are true.

John and Heidi are heard every weekday from 6 to 10am on Saxonburgradio.com! To learn more about John and Heidi, click on their picture!  And they're on Facebook too! 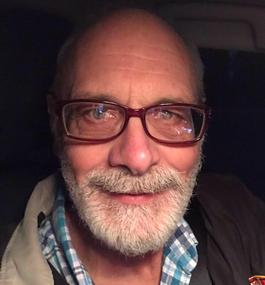 Dave Kane is the weekend afternoon voice of "Weekend Gold", heard Saturdays and Sundays from 2:00pm to 6:00pm on saxonburgradio.com.

Dave was born in New Kensington, Pennsylvania and has lived in the area all his life, graduating from Burrell High School in 1987 and then Penn State University in 1991, where he majored in communications. He began his broadcasting career in college when he applied at the campus station, WPSU, but after being told he'd be put on a waiting list for a volunteer position, he walked down the street to WGMR, where he was hired on the spot as a paid employee.  After moving back home after graduation, he was hired by Ken Hawk to work at the hometown station, WKPA in New Kensington.  Other Pittsburgh area stops included WLTJ and the legendary WXVX "X-15", and then a brief hiatus before Ken Hawk reached out to him to become a part of saxonburgradio.com.

Dave is also an avid fan of progressive rock music, the Pittsburgh Penguins, and by his own admission, too much TV.  He resides in Lower Burrell with his wife Brooke. 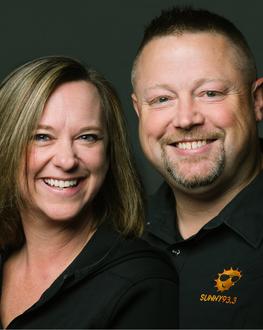 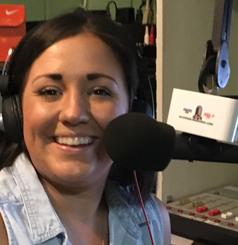 Ted St. James is our afternoon drive voice at saxonburgradio.com, as well as Director of Engineering.  He can be heard every weekday from 2:00 to 6:00pm.

Ted was born and raised in Natrona Heights, Pennsylvania, and has worked as a producer, announcer, and engineer at several radio stations throughout southwestern Pennsylvania, meeting Ken Hawk along one of their mutual stops.  Ted's IT and engineering expertise has been frequently sought by stations throughout the country, including Saxonburgradio.com, which he helped build.

When Ted's not busy playing the music you grew up with, he enjoys tinkering with old radio equipment and computers.  He's also a horror movie buff who plays "Grandpa Munster" at the annual "Monster Bash" event in Cranberry Township!  Ted continues to make his home in Natrona Heights.

Bill Davis is the early evening voice on saxonburgradio.com.  You can hear him weekdays between 6:00pm and 10:00pm.

Bill is a native of Butler County, and has the ancestry to prove it.  His family's roots here date back to the 1840's.  Aside from a brief stint as a DJ on the West Coast in the 1980s, Bill has lived in Butler County for all his life.  Among his career stops were the legendary WJAS and WSHH in Pittsburgh.  Having been out of radio full-time since 2011, Bill jumped at the opportunity to be back on the air in Butler County, and at Butler County's newest radio station, saxonburgradio.com!

When Bill's not helping you wind down after your workday, he'll either be fishing or spending time with his son Brady.  Bill resides in West Sunbury. 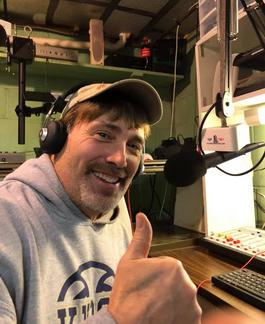 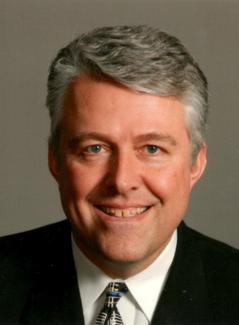 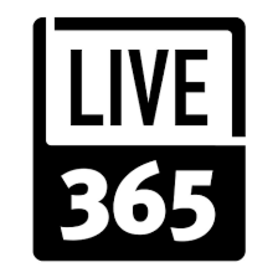 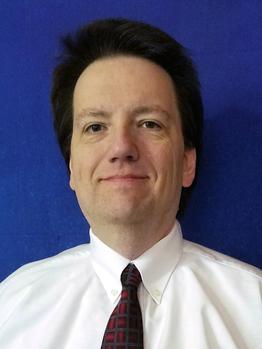 "Just use your 'teacher voice', Doug," said Saxonburgradio.com owner Ken Hawk.  "You'll figure out the rest."  And the rest is history.

Kamer! is the newest member of the Saxonburgradio.com on-air staff.  You can hear him Saturdays from 6:00pm to 10:00pm and Sundays from 6:00pm to 9:00pm.  Born and raised in the Allegheny Valley, Kamer! enjoyed listening to the radio, but didn't think he'd ever be on the other end of one, until an opening became available at the station.  A lover of 80's music, Kamer! not only plays that decade, but a couple others as part of the "Weekend Gold" music lineup.

When Kamer! is away from the mic, he's teaching art to Knoch High School students, and caring for a menagerie of exotic animals he keeps at his home...yep, it's a jungle out there!  He also enjoys all things 'Bigfoot' related, and spending time with his wife Cory and their daughter Andersen.  He and his family (furry and otherwise!) live in Clinton Township. 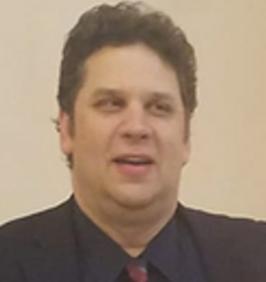 Keith Beck is the host of "After Dark", Saxonburgradio.com's original late-night smooth jazz and soft rock show, every night from 10pm to 6am.

Keith was born and raised in the fabled Alle-Kiski Valley, where he grew up on his family's farm in Armstrong County.  He also became accustomed to a steady diet of southern and psychedelic rock in his formative years, developing a love for music.  He later took up drums and has performed in several prominent local bands ever since.  His love of music led him to start his own wedding DJ business...and a career in radio, beginning at Kittanning's WACB in 1988, where he became re-acquainted with a former high school classmate, Ken Hawk, which led to the pairing of them together to become the station's 'Dreadful DJ Duo" evening team.  They would eventually go their separate ways, and Keith later went to WKPA in New Kensington and WNRJ in Pittsburgh.  Fate brought Ken and Keith together again at WKPA, and after Ken started Saxonburgradio.com, he emailed Keith and asked if he'd like to work together again.  Keith showed up at the station less than five minutes later...from his own house some 30 miles away.

When Keith's off the mic, he enjoys bicycling, motorcycle riding, raising St. Bernards, good music, spending time "with a group of close friends that are mostly imaginary",  and playing the drums.  He and his wife Chris live with their dogs in Armstrong County.

Robert Emory Bell is our chief spinner of Weekend Gold, heard every Saturday and Sunday from 10 until 2 on saxonburgradio.com.  He is also the station's Vice President of Brand Development.

Born in Youngstown, Ohio, Bob's first job in radio came at the tender age of 13; as a summer fill-in news anchor on WIUP-FM in Indiana, PA.  At 16, he'd get his first real exposure to Weekend Gold-style music, working nights and weekends at WCQO (later WNQQ) in Blairsville, including a stint as the original host of its "Jukebox Saturday Night" oldies program.  Bob would step away from radio for a few years to attend college, but resurfaced in Punxsutawney with WECZ and WPXZ, plus fill-ins at Pittsburgh's WIXZ. After college he'd return to radio in Blairsville, as the evening voice at the re-christened WLCY and its new Latrobe sister station, 1480 WCNS.  In 1994 he'd move south and leave radio for a while, citing a desire "to have a job where I could splurge on frivolous things... like food."  But after two decades away, the music of Weekend Gold and the chance to work with Ken Hawk convinced him to return to the airwaves in western Pennsylvania.  "I'm really excited about what's being done here, and hope I can be a vital part of saxonburgradio.com for a long, long time to come!"  So far so good, Bob!

Ever the goof, Bob only admits to living "in an undisclosed location" along with his wife Betty and their two children.

Laura Ashlee is the midday announcer on saxonburgradio.com.  She can be heard weekdays from 10:00am to 2:00pm.

Laura was born in Cincinnati, Ohio and spent half her childhood between there and St. Augustine, Florida. Her family moved to Butler County during her 'tween' years and she graduated from Knoch High School, where she excelled in basketball and the cheerleading squad.  Her radio beginnings were rather unlikely, as Ken happened to need another announcer while Laura was babysitting his daughter, and she happened to be in the right place at the right time!

When Laura isn't helping you get through the weekday doldrums at the office, she is busy with her duties as a full-time mommy of two!  Laura is also a graduate of Slippery Rock University.  She, husband Brett, daughter Delanie, and son Higgins reside in Sarver.